After spending years in both teaching at the college & university level and behind the desk (and pulpit — but this is about the desk), I have been reminded over and over of how poorly served many ministries and local churches have been by its pastors and leaders.

For me, a series of ministry events and what has taken place far too often midst the COVID-19 crisis have been reagents.  They have uncovered the existence of leaders and pastors who see people, and even their own ministry people, as a means to accomplishing their ends.  The ministry leader and/or pastor is being shown to be the problem in many a parachurch organization of local church ministry.

There comes a time when giving the benefit of the doubt is not only naive, but unwise!  Ministry leaders and pastors can become a problem for this-or-that ministry and/or the local church.  The proof is all too obvious — well beyond James Bakker, Jimmy Swaggart, Ted Haggard — yea, remember those names.  Today the names are Moody Bible Institute, James Macdonald, Tullian Tchividjian, Ravi Zacharias, and Dave Ramsey.

Dave Ramsey’s house in Tennessee is for sale,
in case anyone is looking for a house in the area.

The Next Domino To Fall! 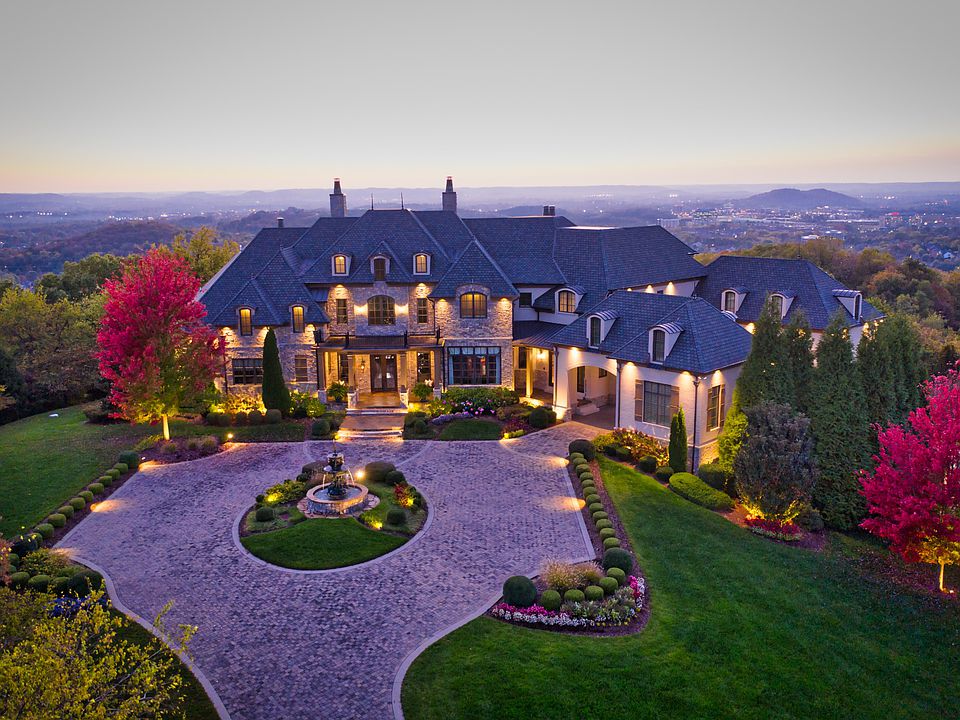 The problem is not largeness,
but position & power!

The problem is not the size of the ministry but the position in a ministry.  The fact that these names all reflect large ministries or local churches is not an indicator of the cause of the problem — that of largeness.  The largeness of these ministries is what has caused an alert to these kinds of problems.  Were there no such mega-ministries crashes, the smaller examples would not be scrutinized!  It is only the mega-ministries that have the potential of creating the needed scrutiny needed at all levels of ministry.  The mega-scrutiny has produced a needed examination of those in positions of power in all ministries.

When the 727 Max crashes and kills hundreds of people, people become warier and focus on the FTC’s oversight of all levels of flight and operations.  The mega-disaster sends an alert about potential problems at oversight, inspections, and safety regulations at all levels.  It is the mega-COVID-19 pandemic that will put more focus on the seasonal flu, vitamins, and general health concerns.

The “MEGA” is only a high-level alert about what happens when power and position are unchecked in ministry and in the local church.  At least it should be!

One of the problems on the “less-than-mega” ministries and churches is that when it comes to addressing the president, CEO, administrator, or pastor, many begin with the belief that their leader or pastor would never do anything so grievous that would disqualify him from his position.  Second to that problem is the belief that only the most egregious wrong-doing or sins can disqualify.  Simply stated, RZ disqualified himself LONG BEFORE his most heinous acts, and so did those who were either ignorant or were willingly ignoration.

Apparently, all those in positions of responsibility of oversight, to this day, still do not think they ought to resign as well because they have been disqualified from such a position of oversight.  No one has done that!  If that isn’t telling, nothing is.

It is a meaningful and significant difference between “giving the benefit of the doubt” to a ministry leader or pastor and refusing to believe, from the beginning, that there is anything their pastor has done that ought to disqualify him from further pastoral or pulpit ministry.  For many, before the facts are even laid out, the idea that the leader, pastor, or missionary could be the problem has been decided — impossible!

When it comes to disciplining a pastor, many in the church simply refuse to believe that their pastor is capable of sin or of disqualifying himself from the pastorate. Before the evidence is even presented, they have already decided it is impossible for their pastor to actually be the problem.

Maybe — to all of the above.  Maybe, but not — “The pastor always means well.” — even when the evidence suggests and even says otherwise.  Selfish, self-serving, lazy, neglectful, apathetic, negligent, and/or sinful words and actions can be seen for what they are, or they can be plausibly denied by those who do not want to believe otherwise.

#2) Cut Off The Blame Shifting:

There seems to be a consistent pattern when ministry or church problems are uncovered.  The leader is involved in a “blame-shifting” operation.  I say “operation” because it is a concerted effort by the problem ministry leader or pastor to convince others that he is not the problem, but the “accuser” is.

The pattern — there is a pattern that runs through such accounts.  The ministry leader and/or pastor . . . . .

If the pattern is that the pastor is the victim, let a flag go off.  Flipping the table is all too common a ministry tactic to avoid accountability.  Shifting the blame is what typically happens in ministry (and the world around us, as we well know.  He or she had no reason to be upset, offended, or disruptive — “I have done nothing wrong!”   — Yes, back to #1.

An interesting question to ask is — What have you done wrong to create such a situation that someone would so upset and/or leave the ministry or local church?  Forget the blame-shifting. Regarding this situation, what should you be held accountable for as the leader of this ministry?  When the blame-shifting begins — cut it off and ask that question.  What is your culpability in all this?