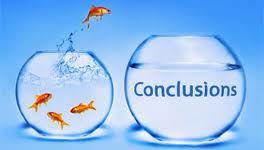 Like many others, I have been listening to a number of other Bible preachers-teachers during this COVID-19.  Even though your church has made streaming available for the members and friends of this-or-that local church ministry, do not take the stance that other ministries are not optioned.

It would be naive to think that other Bible-believing ministries have not been selected from the Sunday morning menu of streaming, television, on-demand, or archived message options. For various reasons, the congregation members and friends are now listening — maybe regularly — to other Bible preachers and teachers.

2. – The C-19 absence of the previous customary mid-week service

3. – The inability of their preacher-teacher to be effective without a live audience [1]

4. – The realization of how inept the audio-video team is in providing smooth streaming of the services

5. – The decision to not have a special service which would have typically been held pre-C-19 [2]

6. – The desire to fill in the void one feels on Sunday or Wednesday evening

7. – The suggestion of another fellow believer as to what they have been watching

8. – A revelatory church decision by the pastor and/or leadership during C-19 crisis which was wrong-headed, self-serving, insensitive, political, factional, etc. [3]

9. – The realization that the pastor, leadership, and/or fellowship really does not show, or maybe does not have, the love, care, and concern that they preached and taught pre-C-19

10. – The realization of how helpful biblical good and effective preaching and teaching can be after listening to / watching effective Bible preachers-teachers

What role do the “church differences” play in congregational menu selections?  Pre-C-19, many local church members (at least members) would not have considered some of the preaching-teaching menu options —  “I am a “baptist” and do not believe in those sign gifts, that prophetic position, in such a liturgical service, in using that kind of music, the showiness of presentation, etc.

However, a new openness to other ministries may well mark these days.  Over the past several weeks / months, as I was listening to various Bible preachers-teachers, I had these “heretical thoughts.”

John Hagee and/or his son: He is a good preacher and teacher.  In fact, he is more faithful to the exposition of what the text actually teaches than many other Bible teachers who claim to be committed to biblical exposition!

Andy Stanley:  Far too many preacher-teachers never sermonically realize the applications and practicality of Scriptural truth to life and living! He is such an effective because he speaks about how the Bible affects “Monday – Friday morning.”

David Jeremiah and/or Alistair Begg: I don’t know if I really like his Christmas special. [4] But, I’m going to watch it through because at least he is committed to reaching the world, which is more — maybe far more — than anything that many churches are doing this year.

Steven Smith:  I’m not excited about the “Southern Baptist” organization, but Steven Smith gets it.  He understands what it means to be an expositional Bible preacher and teacher, like many, many others do not grasp!  If I lived in Little Rock, I’d be going to his church — excitedly attending! [5]

Robert Jeffries:  I wish he was not as involved in politics as he has been. But his weekly messages do not seem to include those political elements as I thought would have been prevalent.  He is really a good preaher-teacher!

That “heresy” may be coming your way and/or reflected in your local church ministry in the coming months!

A good number of God’s people may come to realize how shallow, impractical, lacking in fervor for the lost world, un-expository, stodgy, fragmented and disjointed, unhelpful, hypocritical, passionless, politically partisan, or . . . . or . . . . . or . . . . . the preaching or teaching of God’s Word has been (and/or is) at their local church.

That maybe, just maybe, that is what the members and friends of the local church are now thinking!

Get prepared for a “sea-change” when C-19 is over!

1. It has become obvious that some even some national preachers-teacher are inept at speaking to an empty auditorium.  That has resulted in some ministries returning to replaying previous messages, which come across far better than the sterile-no-audience option.

2. One such example was the Andy Stanley special on Christmas Day — Wowww. We were visiting with our son in Destin, Florida, and he streamed the “on-demand” program for the whole family after breakfast and before opening gifts.  He, along with 1000’s of others and maybe some families in congregations all over the United States.

3. Issues of politics, masks, political parties, the closing-opening church services, C-19 a hoax, elections are all deeply emotional issues that have the potential for division in 2020.

5. Dr. Smith understands that “Expository-Preaching-Teaching” is not a running commentary on the obvious.  Too many, who make the claim to be expository preacher, are not.  Dr. Steven Smith is the real deal when it comes to being an expository preacher — along with a number of others who are just as noteworthy!