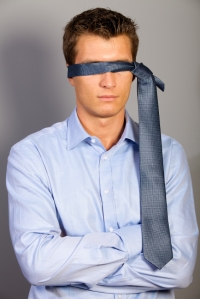 If you have not read the account of the FBI investigation into Larry Nassar, who was the former USA Gymnastics Physician, you may not want to!  It will be a painful revelation of how some of the most prestigious institutions of the American justice system failed.  It also contains information that is painfully horrifying and sickening!

“Her courage inspired other survivors to end their silence, and we all know the result . . . the first woman to publicly accuse Larry Nassar of sexual abuse” — VOX

“Willful Blindness” is what repeatedly marks inappropriate behavior, terrible decisions, and wrong-doing on all different levels, whether it be . . . .

AND, it may be sad to lift up this rock,  but willful blindness when it comes to ministries and local churches!.  Ministries, mission boards, and local churches can also, and do, cover up the unethical, immoral, and shady actions of its membership, staff, missionaries, and pastors.

I was again reminded of this when I saw a social media advertisement posted by one of the paid staff members and the director of a local church.  The church member and director promoted their secular business endeavor using a business name that is a “double entendre,” [1] with clear sexual overtones.

While those who might want to justify the name of the business by pointing to the literal wording, those words have unmistakable sexual overtones!  That is how “double entendre” works.  You can always say . . . . “Well, that is what it is.  It must be your thinking that reads it another way.”  That’s how the game works in the world, and among those who are game players!

If you repeated the business name to any ordinary adult, they would say — “What!  What is the business called? Whose business did you say that was?”

Just another example of willful blindness, of a “contrived innocence,” of seeing only what you want to see!

No, not the grade of what Rachel Denhollender has been addressing.  This is “only” about a church leader.  It’s on a far lower level . . . .

Willful blindness is not the inability to see or recognize; it is the refusal to see what is obviously there!  It is stubbornness supported by justifications, explanations, and cover stories.

I have often said when dealing with that level of persistence and stubbornness . . . .

“How many people do you want me to line up to tell you the same things I am saying before you will face that reality?  Because it will not be hard to find them.  In fact, you probably have had others tell you what I am telling you already!”

Over and over again, there is no question as to what the intent is and any 10 people would easily understand what was being said  — unless you have a dog in the fight.  Then the ridiculous arguments being to show up that only reveal how invested one is!  And too often, in the end, no one takes responsibility — “It was ust an innocent mistake.  That was never intended!”

“If there is knowledge that you could have had,
should have had
but chose not to have,
you are still responsible.” [3]

Willful blindness is the currency of politics, and too often, ministries and churches have learned the approach all too well.

“The POINT of double entendre, a half-French phrase meaning “two intentions,” is to leave it ambiguous as to which meaning you intended.”

1.  “The POINT of double entendre, a half-French phrase meaning “two intentions,” is to leave it ambiguous as to which meaning you intended.”https://11points.com/11-business-names-accidentally-bursting-innuendo/

2. Example:
“Once upon a time, I did a list on businesses whose names were intentionally dirty puns. Well, I think most of them were intentional. Also, looking back, I feel like a couple of them were fake. It was 2009. I was far less discerning or experienced at sifting out the Photoshops.

But what’s better than a business name intentionally filled with innuendo? One that got there accidentally.

Here are 11 real businesses from around the world that chose names without, it seems, realizing the filthy minds of the Internet might deduce a secondary interpretation.”

“#2 – I’m not sure how this name made it past committee. It should’ve struck out there.”

3.  “Willful blindness: When a leader turns a blind eye”

This is an excellent article about willful blindness!

“When the British Member of Parliament, Adrian Sanders, asked Rupert and James Murdoch if they were familiar with the term “willful blindness,” their silence said it all. The MP defined it for them . . . “If there is knowledge that you could have had, should have had but chose not to have, you are still responsible.”  Then and now, willful blindness was a concept that should send shivers down the spines of any executive. . . . inconvenient facts can become invisible. . . . ideology is the way people deal with reality. Everyone has one.” Whether it is the belief that military intervention saves lives, or big governments are bad or the only successful company is global, ideologies are what psychologist Anthony Greenwald called ‘totalitarian egos,’ locking up incompatible ideas, suppressing evidence and re-writing history. . . .

The central irony of willful blindness is that it makes us feel safe even as it puts us in danger. As Colm O’Gorman, one of the first people to uncover abuse in Ireland’s Catholic Church, told me, “We make ourselves powerless when we pretend we don’t know.”

But just because willful blindness is endemic doesn’t mean it’s irresistible. Roy Spence, a Texan advertising executive, refused to work with Enron even as the rest of the world beat a path to its door. How did he see what others missed? He thought a lifetime of seeing through the eyes of the powerless gave him different perspectives. “My sister had cystic fibrosis and I used to push her wheelchair to school every morning. I could see people pitying us, oblivious to the richness of our relationship. It made me ask, then as now: If they’re missing so much about us, what I am missing about them?” That internal dialogue is what Hannah Arendt called thinking.”