Ministry leaders and pastors make mistakes — of course, they do.  That is why you hear the words, “Only Jesus is perfect.”  It is not that administrators, missionaries, church officials, Christian school teachers, and yes, pastors do not make mistakes, but what do they do when and after?  That is the most telling question!

#1) Ignore it and hope that it goes away.  Say nothing and hope no one else says anything.  If someone does, quickly dismiss it and then pray that the comment-question is not felt or shared by many others.

#2) Double down and say it again.  This time, say it with even great conviction vocal energy.  Make the argument for doing or saying what was done and said!  The strategy: Anyone who would be so bold as to say or do something again must be convinced that it is the right thing to do.  Say it louder, stronger, and repeatedly!

#3) Hold Up The Balancing Scale:  Balance out what was said or done with the many things done right.  Bring up the many good and appropriate [1] aspects of your life and ministry . . . .

Obviously, all these and other factors erase the need to address what was inappropriately, mistakenly, or wrongfully said or done.  Such appeals support the fact that there is no need to feel any remorse over what was said or done, no less any apology!  (TIC)

#4) Manipulate the record. That can be accomplished in several ways. One can rewrite what was said or done, or indicate that what you meant was “. . . . . . .”.  Sometimes you can “nuance” certain words and twist the obvious meaning of this-or-that word in a way that it is contended that you really did not say what you said.  A helpful sentence to tuck away is . . . . “Well, I did say/do that, but what I meant to say or do was . . . . .”  Nothing else need be done.  You did not intend it!  Thus, it is obvious to all that nothing else needs to be said or done!

#5) Remove the evidence: The last approach can be combined with the above or used severally.  If you said or did anything foolish, self-serving, inappropriate, embarrassing, bizarre, or reflected negatively on you personally — get rid of the evidence.

If you need to destroy any evidence, make sure that any who questions it understands that it is not at all because you are dishonest or embarrassed.

#6) Claim Victimhood:  You are the victim, and you didn’t do anything wrong — at least not to a level as to where you would have to apologize or address it publicly.  Stir up public sympathy for how hard it is to be in ministry (Convince God’s people that your job is far more demanding than the many who work in the secular world and then also give of their time, talent, and treasure to serve in the church).

Remind God’s people of your sacrifice.  Tell them again about how you have been mistreated in ministry.  Dredge up past situations — again — for another run at simpatico.  These repeated situations which bubble up are examples of your victimization, not wrong-headedness, inappropriate words or actions, or your self-serving actions!

This is all said with “Tongue In Cheek,”
because no one would propose these approaches
with a straight face!

P.S.  There is an appalling lack of self-awareness when it comes to ministry leaders!  At times, you want to say . . . .

“How can you say that — publicly — with a straight face!?” 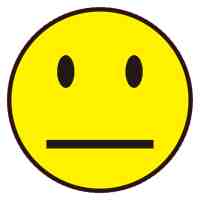 While talking about integrity, honesty, transparency, and loving others, ministry leaders can violate those very principles by word and deed.  At times, it is that woeful lack of self-awareness that shocks God’s people as they listen to their leaders talk about integrity.

Self-awareness is a prerequisite to any genuine and honest sermonizing on the wrong-doing of others!
Claiming victim status publicly shouts out a message of a woeful lack of personal self-awareness!

Before any of us get too self-righteous, we can all recall saying or doing something which should not have been said or done.  Most all of us have personally embarrassed ourselves with the words of our mouth or actions that speak just as loud.  Many of us have probably failed at the “when and after.”  Most all of us, who have lived any length of time, have walked on these roads, rather than just facing the truth ourselves, and/or admitting to others that we should never have said or done this-or-that.  That fact does not negate the TIC commentary. Rather, it highlights the continual need for us to be more self-aware, as well as direct and personal (sometimes public) in humbly addressing our inappropriate, self-serving, and/or wrongful words and actions.

One thought on “Six Ways To Correct A Mistake: Tongue In Cheek – “TIC””