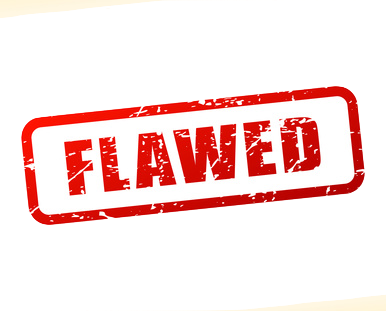 Sadly, there is no lack of examples of failed accountability in ministry!

James MacDonald is the most recent example of a flawed and failed local church model of accountability!  Over and over, we see the same pattern — The Inability Of Church Leaders To Hold Men Accountable.

As was said concerning Bill Hybels — Our church model for holding pastors accountable is repeatedly seen as unworkable and, in fact, broken. Relationships interfere with clear-mindedness and judgment.

“Once someone gains power in a broken system, then, they enter an elite subgroup within that system. Their fellow power-holders will do everything in their power to protect them.” [1]

As stated, the power holders finally speak out when it eventually or ultimately becomes perfectly safe to do so, when this-or-that leader makes a terrible decision or engages in an inexcusable action, which makes him radioactive then impossible to help or save.

“A broken system contains almost no provisions for reining in wrongdoers or removing them from power — because then all of these power-holders’ positions would land on the chopping block. None of the leaders in these systems really deserve to be there, and most of them behave in ways that would get them instantly removed from power in more functional systems. Not so, in broken systems.” [1]

As stated by Christianity Today, pastors may seek counsel, but the counsel “was misguided, or went unheeded.”  Too often, counsel and advice come from supportive friends, which because of their relationship, dismissed a leader’s or pastor’s lack of wisdom or even wrong-doing.   They fail to warn them of the dangers in their decisions, words, or actions.  Rather than dinging or damaging the relationship, they tell pastors and/or ministry leaders what they want to hear, not what they need to hear.   Like youth leaders who to often go into ministry wishing to be a friend to the teenagers, those who counsel pastors and/or ministry staff members mistakenly focuses on encouraging, supporting, and/or excusing the action of their “ministry friend.”  What was needed was honest rebuke and confrontation!

While all of us will say (How can we say otherwise?) . . . . “Now I want you to tell me the truth.” . . . Few of us actually want to hear the truth, no less in a way that rightly captures what needs to be said and deeply felt. Instead, the counsel is “sugar-coated” in a way that the truth is also buried and lost, and at the most critical and consequential junctures of ministry decisions.

Or the counsel exonerates — “No, I don’t think that is/was wrong to do/say.”

Or worse yet, some “counselors” encourage their friend to even greater levels of unwise action or wrong-doing — “I would have said or done far more than that!  I would have said / done /added / decided . . . .”

The result is that the counsel leaves that friend wide-open to making the same mistakes over and over . . . and again. [1]. I am reminded of a conversation with a Christian University vice-president who stated that they had to “let go” one of the administrative team members. He had foolishly come behind a woman in the office, and propped his chin on her shoulder. She was very uncomfortable and reported it to HR. When that team member was confronted, he stubbornly refused to see it as inappropriate. That vice-president said . . . .

We had to let him go, not because of what he did, but because he did not see it as inappropriate.  If he does not face nd recognize the inappropriateness of his action, he will do it again. We cannot allow that to happen again!

That vice-president was personally saddened by having to let that member of the administrative team go.  It was a real and personal loss, but they could not and would not take the risk — and what they rightly understood as a very real risk because of a justifying rather than a recognizing attitude.  His response only increased the chances of it  happening again!

Too often there is a reluctance and an accompanying delay (maybe years of delay *) to do and/or say what needs to be done and said.  Why?  The dynamic in play is “relationships.”  Those giving counsel and advice desire to have or maintain a relationship with someone in position and power.  They may not want to ding or damage the shared benevolence and/or deference which flows out of that relationship.  Or,  the relationship may give them a semblance of importance. [2]

Anyone who does not acknowledge that reality has not read about Falwell Jr., James Mac Donald, John Ortberg, Tullian Tchividjian, Ravi Z., or…or….or…or. Read the accounts reported on by Julie Roys just in 2020, and it is obvious that this is the flawed model that appears repeatedly.

Sadly, wherever power structures exist, there exists the danger or even sanctioned misuse and abuse of power, by those who ought to be safeguards within the ministry or local church.  Throw the dynamic of relationships into a power structure, and the brew can be consequential!

It is
power
and
relationships
which corrupts.

Because the relationships give permission, rather than argue or demand restraint.

James Mac Donald was finally called-out because there were those who were willing to break their relationship with power.  However, it was only because he had “turned radioactive!”

“While I am heartened
that the elders finally removed MacDonald,
he should have been fired five years ago.”*

Roys says five years ago because it was in 2014 when MacDonald issued his first apology.  It was not until 2019 that  MacDonald was fired!

Frankly, all the sitting leadership which surrounded and supported MacDonald should have resigned!  They were part of the problem for years in that they refused to call-out MacDonald’s abuse and misuse of power and position!  They share the dishonor for allowing it to take place and to go on for years!

UpDate:
This post was prompted by the most recent “Update” — October 2020:  James MacDonald is now back in ministry!

Whether he has surrounded himself with some needed “truth-tellers,” who can speak to him without all the sugar, only time will tell.

There is something broken in our “ministry accountability model.”  Over and over, men in ministry and the pastorate let their position go to their heads.  The present-day model assumes that the other church lay-leaders who flank such men will provide a check and balance.  The present-day accountability model relies on these other church leaders within the ministry to be able to overrule . . . .

I am convinced that few can do that successfully!

Our model relies on men and women
who can resist the persuasions of relationship.

That is why our accountability model is seriously flawed
and proves to be unworkable time and time again!

With MacDonald, some of the “few” were elders who supported MacDonald early on, then spoke up, and then finally and unexpectedly left.  Unfortunately, upon leaving, everything which was toxic was still in tact — with the same dynamics still operating and waiting for the next outbreak.

James MacDonald or Ravi Z would be the last headline.  It reminds me of when the “Me-Too” movement was on the front-pages.  I often thought — who will be outed next?

Who is the next ministry leader or pastor who will show up on the pages of Julie Roys? He will probably be another high profile national ministry leader.   As MacDonald, he will also be finally called to account and leave, and the wake left behind will be for the church membership to handle for years ahead.   There will also be other ministries which are far less well-known or prominent, that will not appear on the front pages of the news.  They too will have found themselves bitten and maybe killed by the same church dynamic — all revolving around a failed accountability model.

The ministry model of accountability is flawed and repeatedly fails.  Sooner or later — and the sooner the better —  someone will will have to address the flaws and failures of this ministry model in a way which meaningfully challenges and changes the way church governance and polity operates.

2. Relate this concept to those who are around the President of the United States.   Have you ever said to yourself . . . .  “Someone needs to tell the President that he needs to / needs to stop. . . . ”  Either someone has and it goes unheeded, or no one is.  Then there are those who have resigned from positions of great personal contact.  Agree or disagree, they decided that they could not and would not let the relationship twist their beliefs or integrity.

Self-Important Leaders
&
The Persuasions of Relationships
Are The Real Killer Bees!

4 thoughts on “Let’s Get Real: The Model Is Seriously Flawed”